A to Z Digital 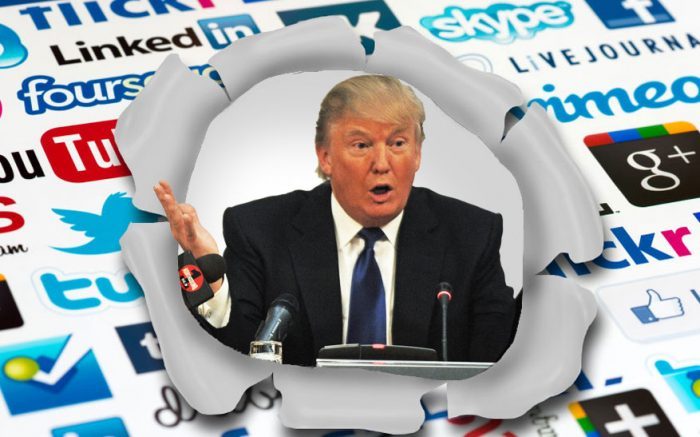 The Art Of Using Social Media To Enhance Political Campaigns

Political parties across the globe are learning that along with advertising on traditional mediums such as television and newspapers, they must invest in digital marketing if they want to compete with their rival parties. Over the past few years, we’ve seen an uptake in UK and US parties, in particular, using social media campaigns to defeat their opponents.In this blog, we highlight how three high-profile political marketing campaigns leveraged digital to successfully promote their nominee.

Perhaps one of the most obvious examples of political digital marketing in recent history is Donald Trump’s digital campaign.Though it was certainly controversial, no one can deny the now U.S. President’s campaign was extremely effective. Many even claim it won him the election

There’s one key name behind Trump’s digital marketing campaign: Parscale. Brad Parscale is the founder of the Giles-Parscale agency and chief executive of Trump’s digital efforts. The full Trump digital team was headquartered in San Antonio and included 100 staffers, ranging from copywriters to web developers and data scientists, among other job descriptions.

Working intimately with Trump as one of his inner circle, Parscale was one of the very few people allowed to tweet from the President-Elect’s personal Twitter account, @realDonaldTrump.

He had little experience in promoting political candidates prior to Trump, but this apparent deficit allowed him to approach it as if it were a typical B2C digital campaign. “I always wonder why people in politics act like this stuff is so mystical,” Parscale says,“It’s the same sh*t we use in commercial, just has fancier names.” With the massive amount of Facebook and email donations, the digital operations division was the Trump campaign’s largest source of funding.

The campaign began with a $2 million investment in Facebook ads. He uploaded the names of Trump supporters first, and found them on Facebook. Then he targeted others who had things in common with them, such as activity or demographics. These “Lookalike Audiences” were key to the campaign’s success. But other types of content, including tens of thousands of different targeted web pages, also played a role. In total, Trump’s digital team generated or created more than 100k+ pieces of unique content.

But Trump still didn’t have enough projected votes to win. Things took a huge turn in the last few weeks of the election, however, bringing him victory. Thanks to some senior members of the President’s team, we now know exactly how he did it – by targeting young women and African Americans with $150 million dollars in Instagram and Facebook advertisements in the weeks preceding the election.

Some of these ads are said to have been delivered via Facebook “dark posts” — nonpublic paid posts shown only to specific users to exploit religious and racial differences. This is where it gets tricky. Many of these types of ads, like the one shown below, were reportedly created by the Russians to undermine the election and benefit Trump.

When asked if “fake news” ads won Trump the election, Facebook founder Mark Zuckerberg initially dismissed the accusations, but later he changed his tune, stating, “After the election, I made a comment that I thought the idea misinformation on Facebook changed the outcome of the election was a crazy idea,” Zuckerberg said, referencing a previous denial that Facebook could have influenced voters. “Calling that crazy was dismissive and I regret it. This is too important an issue to be dismissive.”

In total, the Trump campaign spent about $70 million a month in advertisements, much more than its Democratic opponent Hillary Clinton. And in this case, we believe digital marketing really did make a difference in the extremely close final vote. On Election Day, Democratic turnout was surprisingly weak, particularly among sporadic and first-time voters in key battleground states.

2. UK Labour Party Learns from Its Past Mistakes

The UK’s 2017 General Election was a tight race, but the Labour party had huge wins, gaining 21 seats from its Conservative opponents. Though Jeremy Corbyn didn’t win the Prime Minister’s seat, the party made huge strides by investing in effective digital media campaigns that were all about distributing the right messages as the right times.

Demos research from late 2016 found that 23% of UK adult social media users believe social platforms help them “understand parties’ policy positions” prior to an election, and 26% said social media engagement made them more likely to vote. That’s something Labour took notice of in 2017. While, according to the Electoral Commission, the Conservative Party spent £1.2 million on Facebook advertising ahead of the 2015 General Election, Labour spent seven times less. And it regretted that decision for the next two years.

2017 was a change of pace for the party. It began to invest heavily in social media, now understanding that it’s a vital part of winning a political race. The party even created its own social media targeting tool called Promote, which it used to tailor unique policy messages to individual voters. The system automatically tweaked core policy messages to over a thousand unique variations which were delivered based on a number of factors, including location. In addition, Labour leader Jeremy Corbyn joined Snapchat to document his political journey – the first politician of his pedigree to do so. He was also very active on Twitter and other social networks. Though Corbyn ultimately didn’t win the vote for Prime Minister, he did successfully influence the public to give the Labour party significantly more seats and a 40% share of the vote. He was also extremely popular with the younger demographic. 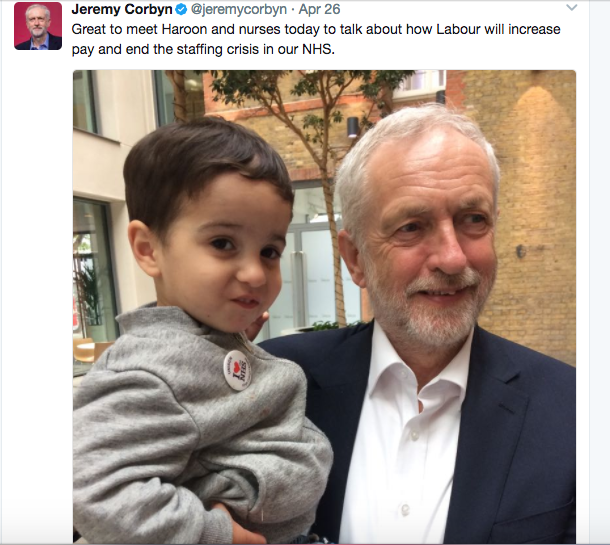 The Labour party as a whole focused on sharing positive messages about party leaders and policies, a sharp departure from its negative criticisms of the “Tories” during the 2015 general election.

Its website had a temporary homepage in the weeks up the election, with the number of days until the election highlighted and the urgency messaging clearly outlined. These types of tactics are often used successfully in digital marketing campaigns for retail/eCommerce sites, and they worked well here, as well.

In addition to its website, Labour focused much of its energy on increasing its reach on social media. According to Croud.com, “In the six weeks after the announcement of the 2017 General Election, ‘We Are Social’ revealed that the Labour Party increased its following by 61% across Social Media platforms such as Twitter, Facebook, and Instagram. The Conservatives’ social media following rose by just 6% in the same period.” The party used positive messaging, celebrity endorsements, and ads to encourage young voters to go to the polls. A record 622,000 individuals registered to vote in the final 24 hours of the registration period, many of whom were young voters.

Grassroots Labour party organization Momentum spent only £2,000 on Facebook advertising, in contrast to the Conservatives’ £1m but resulted in significantly more success because the ads were highly targeted and positive in nature, while the Tory party stayed quite negative and failed to engage its audience.

Leo Varadkar, an Irish Fine Gael politician, was elected as Ireland’s Taoiseach, Minister for Defence and Leader of Fine Gael in June 2017. A key part of his success was down to digital marketing, especially in the form of online videos. Check out one of his campaign videos, here, and see a still image of the video below:

Mr. Varadkar believes that social media will play a “key part of the modernization of Government communications,” and has used it to great effect since becoming Taoiseach.

Varadkar’s website is easy to use and contains all of the information needed to make a decision about a political candidate, including an About section that details his political stances, links for voter registration, and a Newsletter sign-up so individuals can stay informed. 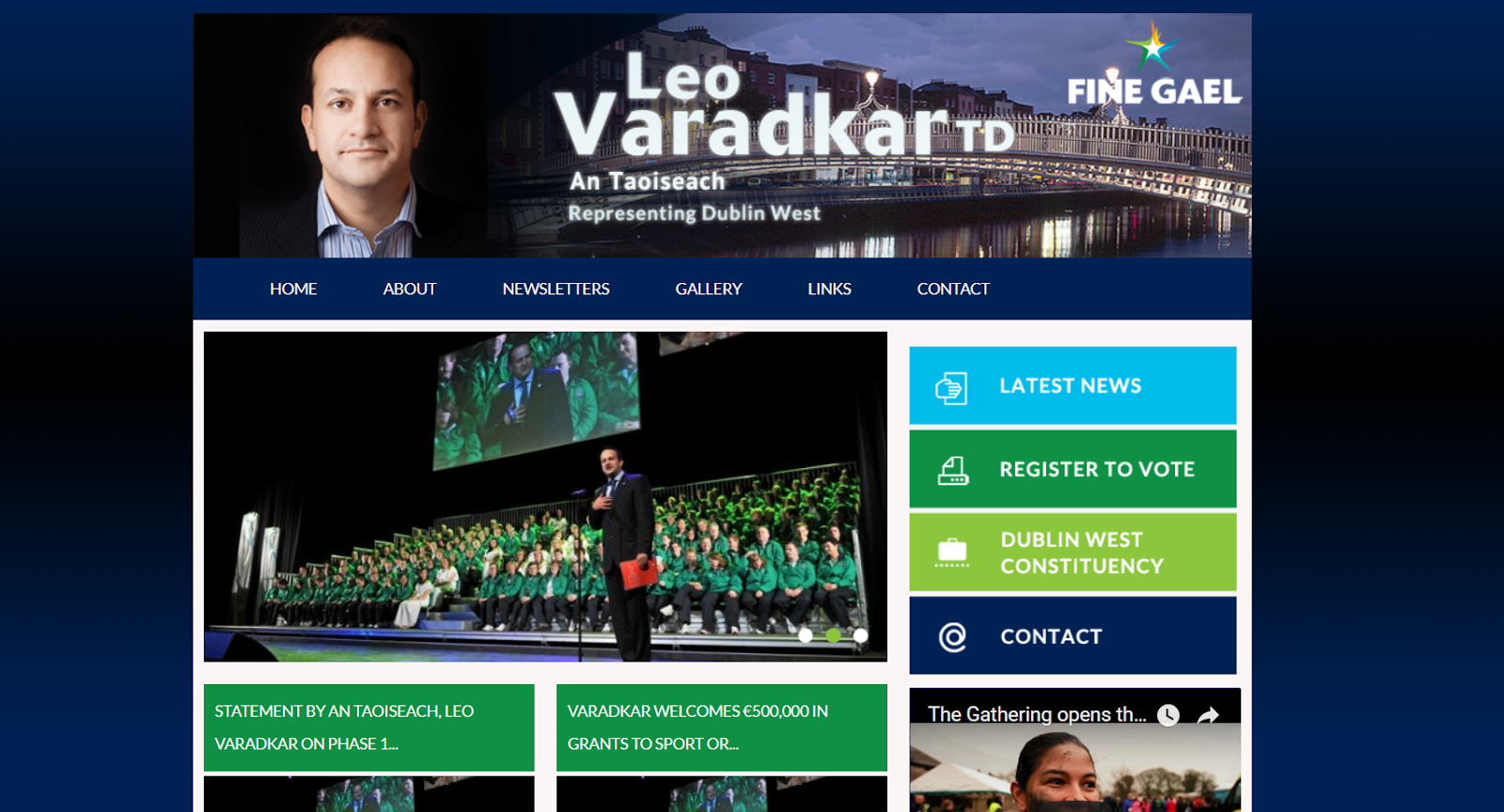 He was also extremely active on social media during the campaign, particularly on Facebook and Twitter, where he used the hashtag #CampaignforLeo. The hashtag was often accompanied by videos that featured high-profile individuals giving their testimonies about why they were supporting Varadkar.

As Philip Ryan for The Irish Independent explains:

“In fact, the entire Varadkar campaign has been a masterclass in political campaigning. Everything from the early groundwork with the parliamentary party to their campaign video has been miles ahead of Coveney’s team in terms of organization and presentation.”

Post-election, the Taoiseach is known to post weekly videos outlining his progress in office on Facebook. On his Twitter, he intersperses these political updates with glimpses into his personal life.

Overall, politicians of all parties across the globe now understand the value of social media in speaking directly to voters and heavily impacting the results of their campaigns. Paid social media advertisements provide extensive targeting opportunities with tailored messages for hundreds of different audiences.

Hi, i read your blog occasionally and i own a similar one and i was just wondering if you get a lot of spam responses?

If so how do you reduce it, any plugin or anything you can suggest?
I get so much lately it’s driving me crazy so any assistance is very much appreciated.

Very good info. Lucky me I came across your website by accident (stumbleupon). I’ve taken your bulk email package and thanks for the same my sales has sky rocketed.

https://waterfallmagazine.com
Thank you for the good writeup. It in fact was a amusement account it.
Look advanced to far added agreeable from you! However, how could we communicate?